A canary release is a special instance of a Blue/Green deployment, where the transition happens gradually, rather than instantly. The main goal of canary releases is to reduce the risk of introducing new versions of microservices by rolling them out gradually to a small subset of users before making them available to everyone. Throughout the canary release, the service is monitored and observed via Prometheus metrics, and the traffic is increasingly routed towards the new service. The health of the new service, error rates, and other configurable metrics are constantly checked, until exit criteria have been met.

These examples work out of the box with the demo application packaged with Backyards. Change the service name and namespace to match your service.

Canary release can be configured from the dashboard. Select the workload on the Workloads or the Topology view, and create a new rule on the canary tab. Let’s say we’d like to do a canary release for our bookings deployment. We can easily enable this from the Backyards UI. Once we enable the canary, we will have a primary and a canary pod, with traffic being routed through the primary: 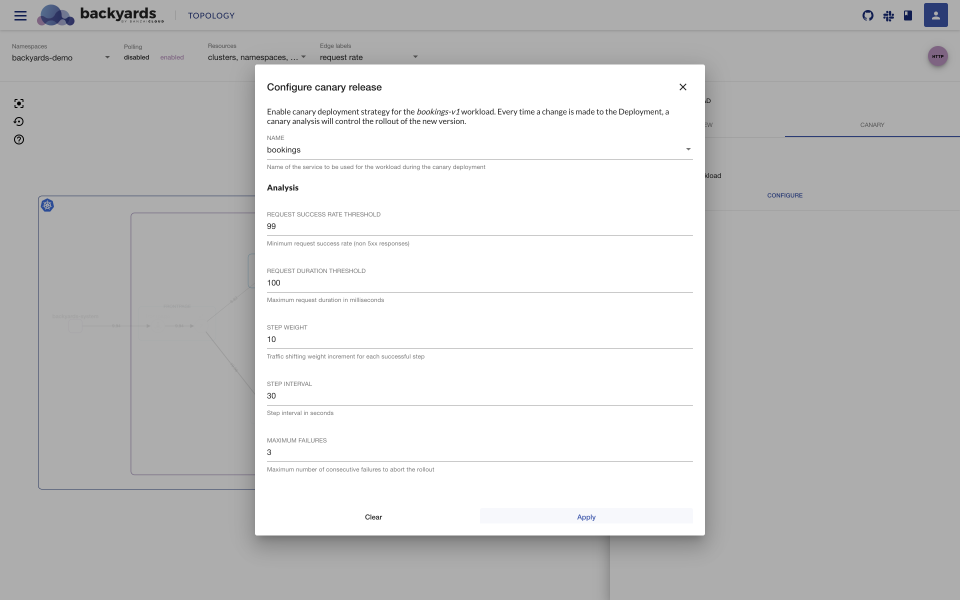 This triggers a canary deployment process. As the application receives a continuous load, more and more traffic will be forwarded to the canary, providing the Prometheus metrics are within their thresholds for maximum error rates and request durations. 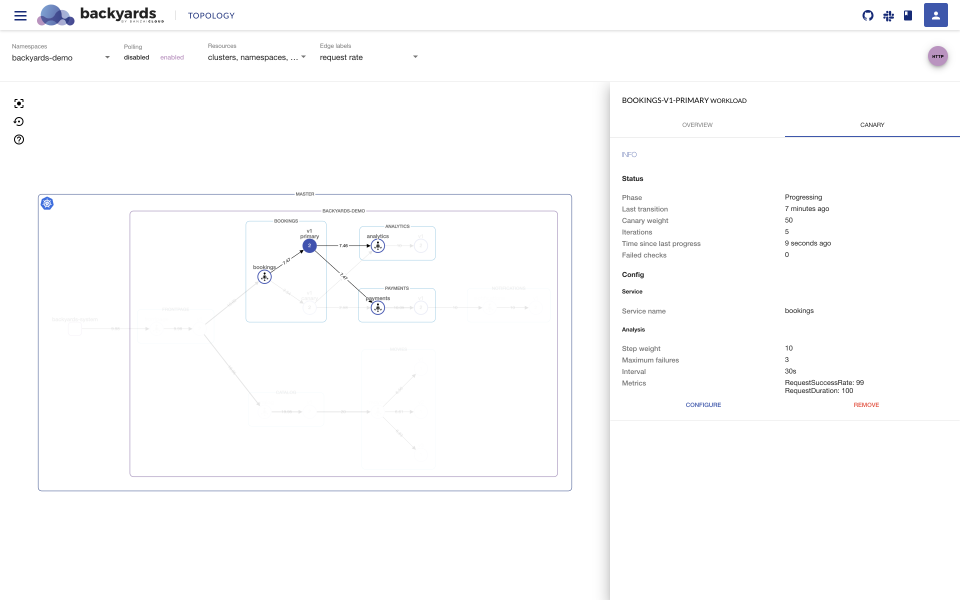 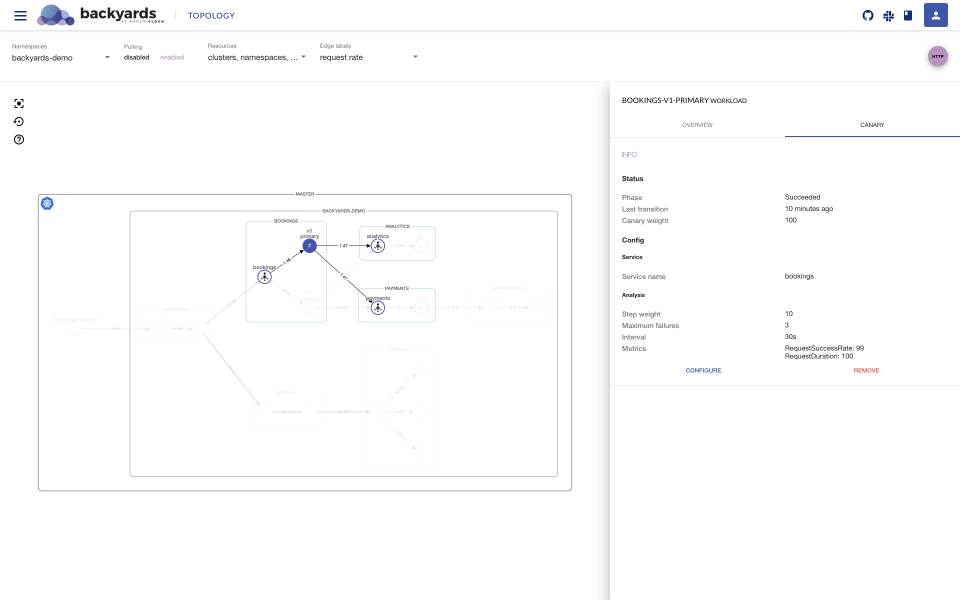 After the canary is enabled for a deployment, any image change will trigger a canary release process. To disable it, simply disable the canary on the UI with the REMOVE button.