One of our goals with Pipeline is to support Java and Java Enterprise Edition deployments, allowing developers to iterate fast while building and deploying safe, and also pushing code to production. In order to do that, we place a lot of importance on different aspects of a Java/JEE application’s lifecycle - we allow engineers:

A month ago the new Kubernetes operators SDK was released, and it’s been easier to put human operational knowledge into the code ever since. We embraced that technology from a very early stage, have even been a Red Hat partner working on the SDK. As a result we have open sourced a few operators for popular frameworks:

Nodes are automatically joined together with JGroups configured to use KUBE_PING protocol, which finds each Pod running an Infinispan server based on labels and namespaces. By default, the operator deploys a standalone Full HA configuration to Kubernetes. 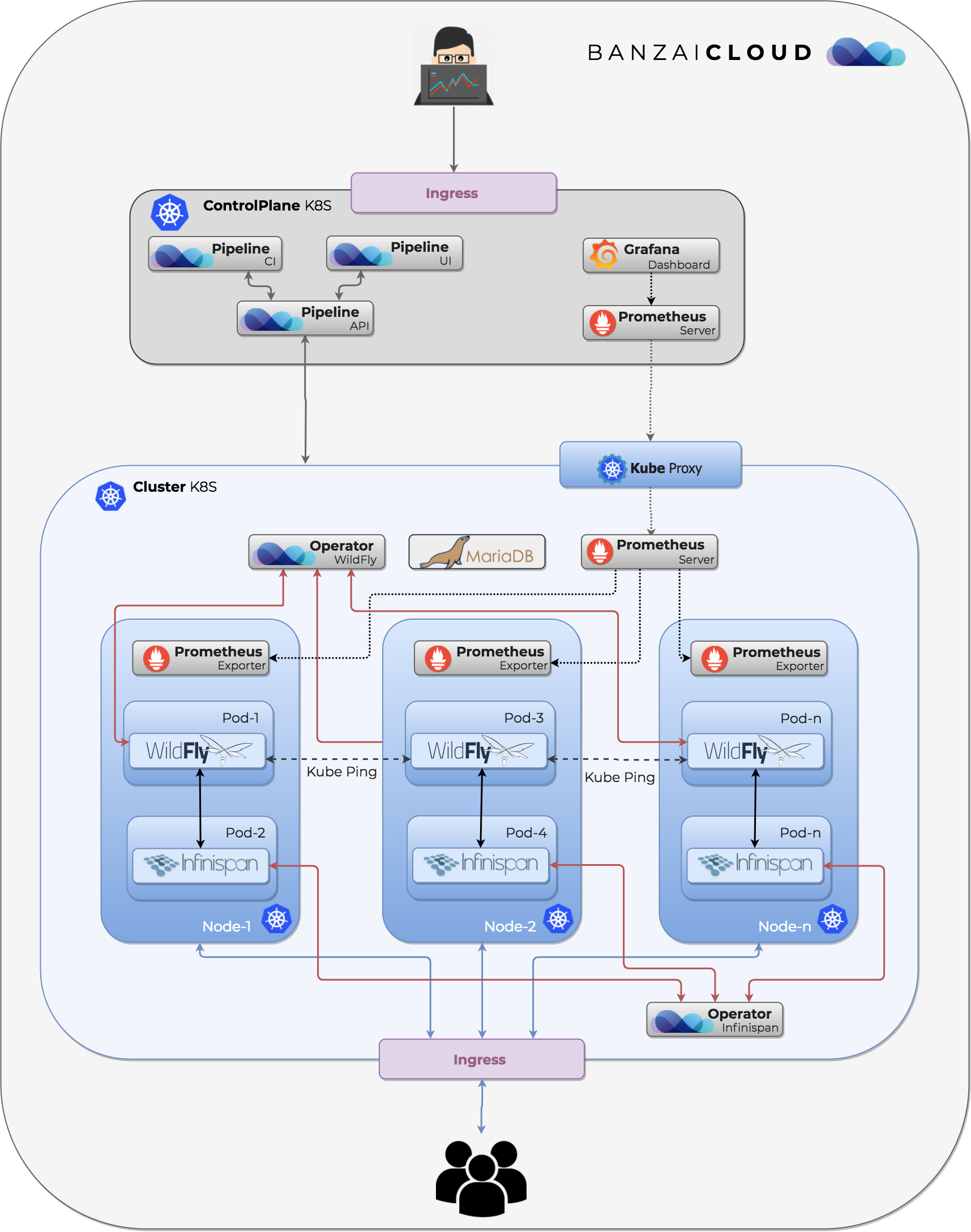 This operator is in WIP state and subject to (breaking) changes.

Get the operator Docker image 🔗︎

a. Build the image yourself 🔗︎

b. Use the image from Docker Hub 🔗︎

Finally, you need to deploy the operator, see the running pods and services.

With this YAML template you can easily install a three node Infinispan Cluster into your Kubernetes cluster:

That’s it: you’ll have an infinispan cluster in minutes.